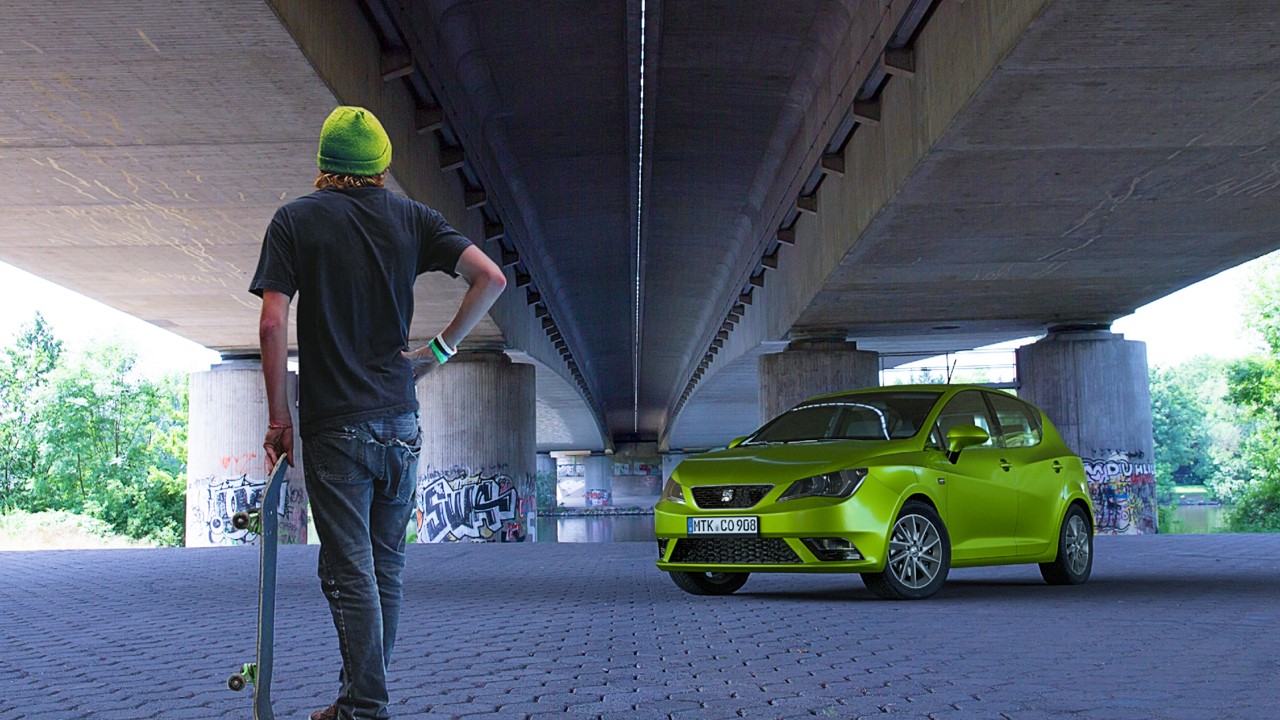 This is the first of currently three locations used for a private IBL (Image Based Lighting) and Autodesk Maya project dealing with car renderings called Ibiza & Bridges. The idea of this virtual publicity campaign is to present the Seat Ibiza car driving on and standing under different bridges with car paints chosen according to the actual location.

This first location is underneath the Sindlinger Mainbrücke near Frankfurt with a lot of graffities on the four concrete supporting columns.

On location just the full spherical panorama was shot in HDRI mode to be used for IBL lighting in the final Maya scene. Important was the correct measuring of the environment to know the position as well of the camera as the columns of the bridge as reference objects for eventually neccessary tweaking of he final camera parameters.

Measured camera and environment parameters were transferred to the Maya scene and final parameter tweakings performed by bringing the concrete columns in a correct final position in the foreground of the backplate photography.

Afterwards reference objects were replaced by the designated final meshes. The Seat Ibiza model was taken from Hum3d, the cutout image of the skateboarder was taken from www.pikpng.com.

Post production consists of some color adaptations and preset filters only done with www.pixlr.com.